Hi Everyone! Francesca and I are pleased to hear that today is National Dog Day. Of course there is a day for us. Dogs are the oldest domesticated animal. We've been people's best friend, like, forever. We have a special connection with people that makes us successful as pets, as working animals and as protectors.

Francesca and I are both rescue dogs. I am from Santa Fe, NM and Francesca is from McMinville, Oregon. We are very different yet we have a strong bond with our owner. We keep her on her toes. She never misses a feeding time and mows the lawn for us so we can roll and relax in our backyard.

We'll be celebrating today. We wish ALL DOGS a Happy National Dog Day!

Love, Cinnamon, the Coonhound
Posted by Elizabeth R Rose at 7:55 AM No comments:

Dog Friendly Kirkland, Washington - Put it on my list

We've been seeing quite a bit of the Doggie Country Club lately and not doing a lot of traveling. I kind of miss the days when I traveled to the beach, wrote dog-friendly travel reviews and enjoyed myself. But now that Francesca is with us, I guess it's double the work for our owner. Well, maybe only until Francesca gets a bit older. A dog can only hope!

Meanwhile I am putting together a wish list of where I want to travel. Recently our owner went to Kirkland, Washington. It's one of those places that has a dog water dish in front of every business... my kinda place. Here's why I want to go:

The Heathman is located downtown within walking distance of the lake and parks. In fact, they love dogs and love to pamper them. Check out their pet-pampering package.

From the Heathman you can walk to restaurants with outside patios where dogs are welcome. A great place for the humans to refresh on a warm day. The Heathman has a restaurant, Trellis, with an outdoor patio too.
Now if you want to go shopping, that will be convenient too. Within walking distance you can visit Booboo Barkery and Boutique. They had fresh baked dog biscuits, toys and even a birthday cake.
So, once you've dined and shopped, it's time to head for the lake. Now you all know how much I like boats and fishing but this lake was a "fancy" type of lake. There are yachts, beautiful sailboats and lakefront condominiums. There are also docks to explore and parks galore.
Kirkland has a whole page of things to do with your dog. I really think I should go there and explore. I'll watch my in-box for an email inviting me!

But for now, I'll just dream about my next getaway!

Love, Cinnamon
Posted by Elizabeth R Rose at 11:22 AM No comments:

#12Bravecto What to Ask Your Vet about Flea and Tick Control 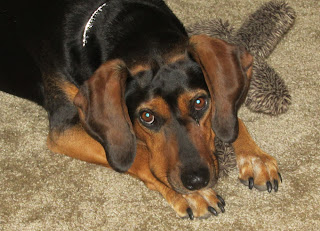 Hi. It’s me, Cinnamon. I'm back writing about BRAVECTO® (fluralaner) that Francesca and I take. I can't even remember what its like to have fleas or one of those blood-sucking ticks. Can you?

Well, if you can, it's time to make that appointment with your veterinarian to ask about a flea and tick control that will wipe those horrible pests out! So what do you ask your vet? Here's a list so you will be prepared: 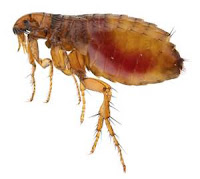 1. Ask what the latest research and products are. Things change so you might not even know about products like BRAVECTO®, the flea prevention I told you about in my last article. It’s a tasty chew and the only chew that kills fleas for 12 weeks with just one dose.*

2. Ask what product you should use. There are many types of products available. Your vet will want to know about your lifestyle and your dog's lifestyle and then take into consideration your dog's age and weight.

For example, sometimes it's an issue of your owner's lifestyle. Our owner is busy and travels here and there. Francesca and I both get our flea and tick prevention in the mail just at the right time when the dose is due.  Ask your vet if they work with a service that sends it out automatically.

3. Ask why some products are by prescription and which might be best for you. Your veterinarian can give you information so you can make a good decision. Prescription products have more in-depth safety and efficacy study requirements before they can be approved.

4. Ask what to expect. If you change to a product like BRAVECTO® will it be different? Is it OK to see fleas and ticks once in a while. Does that mean the product is working? Or, not?

If you and your veterinarian decide to switch to BRAVECTO® and you are a new user, signing up for MyPet.com My Pet Rewards can help you save money while protecting your dog from fleas and ticks. Register for savings here.

Remember, the sooner the better!

Important Safety Information: The most common adverse reactions recorded in clinical trials were vomiting, decreased appetite, diarrhea, lethargy, polydipsia, and flatulence. BRAVECTO has not been shown to be effective for 12 weeks duration in puppies less than 6 months of age. BRAVECTO is not effective against lone star ticks beyond 8 weeks after dosing.

Every effort has been made to ensure the accuracy of the information published. However, it remains the responsibility of the readers to familiarize themselves with the product information contained on the USA product label or package. More product information is available here: https://intervetus.naccvp.com/product/view/1047512?e=d97b22ed63e734e84c1a5910a9c8f531z1688

Posted by Elizabeth R Rose at 1:00 AM No comments:

Trips to the Vet: Tricks and Treats

Francesca and I have something to say. We feel tricked. We want to tell you what a visit to the Vet is like from the dog's perspective. So listen up! (I'm a little miffed to say the least!).

Cinnamon: Yesterday I had a great day lazing around. It was warm outside and I didn't feel a whole lot like playing. Around 1:30 my owner got out my leash. I was really excited. It had to be good. Was it the dog park? A volksmarch? A trip to the river? I jumped in the car in anticipation.

We drove down the street and pulled into.... the Vet's office! Oh no!

I went in reluctantly and was greeted by our friends. I knew I needed a Bordatella booster but didn't know what else I was in store for! I got weighed. 53 pounds.... no weight loss for sure. And that was pretty embarrassing.

And then they dragged me into the "torture room," and lifted me onto the table. I was going to have my nails cut. I hate that! And two of the nails hurt when they cut them. Yeah, I have many more but I don't like to get hurt!

So finally it was over and something good happened. I got a treat from the jar and then, out of the back room, they found a VERY SPECIAL TREAT. I loved it. In fact, they gave me the whole bag to take home. But I wasn't fooled. I'LL NOT FORGET THE PAIN IN THE TORTURE ROOM! I have a memory, you know!

Francesca: Yesterday Cinnamon went to the Vet's office. I laughed as she drove away... my sadistic little laugh.

And when she came home, she brought some scrumptious treats. I was glad she went because it was all good for me!

Well, so I thought. Now today, about 1:30 p.m. my owner got MY leash and I got excited. Cinnamon just sat on the couch and smirked. She knew what was going to happen.

I jumped in the car and off we went.... to the VET! NOT ME TOO! I wasn't thrilled when I got there and really didn't want to go inside. I sniffed around the room ignoring the ladies who were trying to be nice to me. In fact, one of them wanted to pet me and I wasn't a bit thrilled. I TRUST NO ONE AT THE VET'S OFFICE.

Then they grabbed me. First they took my temperature and then stuck some ucky stuff in my mouth. Next was the WORST! They held my head and the Vet Tech stuck a HUGE needle into the back of my neck.... a HUGE needle! I was NOT PLEASED.

So finally it was over and it was treat time. I got some from the jar but then asked for a bag of the good stuff. And they gave me one!

Cinnamon: When Francesca got home we opened her bag of treats and enjoyed some. I heard that you can get these new treats at Freddie's and so we will be shopping there soon!

Francesca: I had such a rough time at the Vet's office I just plopped in the garden and refused to move. I'm not going to be tricked so easily next time!

Posted by Elizabeth R Rose at 3:52 PM No comments: