So What's a Sheepadoodle?

I was headed toward the gate at the dog park to get in and all of a sudden something fun and black and white bounced out of the car next to us. What was it?

It had curly fur and was black and white and was very bouncy. The owner said it was a "sheepadoodle." Was that a rare interspecies offspring of a sheep and a poodle? Made sense to me.

But no, it was one of those designer dogs. This cute bundle of energy was  the offspring of an Old English Sheepdog and a Standard Poodle. 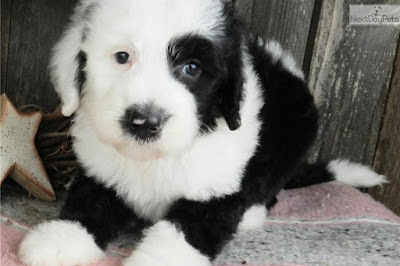 The one we saw was a little bigger than this and raring to go! She had a great personality. I think this is what she will look like when she is bigger: 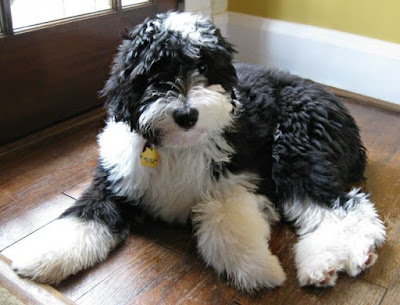 My friend Nancy said she checked out Sheepadoodles and people change $1200 for them. I think dogs should come from the humane society and not breeders, so I wasn't impressed.

It was fun playing with this doodley puppy though!